Advisory Board and Circle of Allies 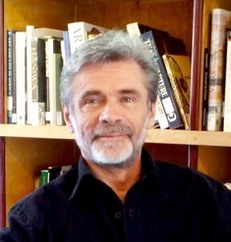 Leon Berg is a founding member of the Ojai Foundation. He is a Senior Trainer for Center for Council and a Founding Advisory Board member. Leon has been facilitating Council groups in the U.S. and abroad for over twenty years. In 2001, he went to Israel to seed the practice of Council among Israeli Jews and Arabs, co-founding the Israeli non-profit organization Ma’agal Hakshava (Listening Circles). Leon has returned to Israel many times since then to conduct Council trainings and lead a variety of coexistence programs. In 2008 Leon and his partner, Glori Zeltzer, a licensed Marriage and Family Therapist, began to teach their council-based relationship workshops, Art of Intimate Conversation, to couples seeking to enrich and/or heal their relationships. They now teach the practices to couples in the US and abroad. Check out Leon's TEDx talk on the Power of Listening. 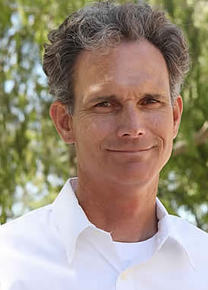 Brian plans and coordinates Flintridge Center’s community and collaborative projects. His responsibilities include developing and overseeing the operations of the Pasadena/Altadena Apprenticeship Preparation Program, which prepares hard-to-employ men and women for apprenticeships with the construction trade unions. Brian also contributes his leadership and team building skills to the Vision 20/20 Initiative which is focused on improving community safety through prevention, intervention and outreach programs. He is involved in the development and implementation of three of these programs: the Pasadena/Altadena Reintegration Council, Know Your Rights Workshops and the Community Violence Intervention-Prevention Institute.

Before joining Flintridge in 2007, he managed the City of Pasadena’s Neighborhood Connections office for more than 11 years where he planned and administered neighborhood programs, services, activities and networks. He also organized numerous grassroots neighborhood associations and conducted community trainings to develop leadership abilities and organizational structure. Brian was a Peace Corps Youth Development volunteer in Guatemala and later taught Spanish to middle and high school students in the South Pasadena Unified School District. He graduated from the University of California at Santa Barbara with a B.A. in Communications and holds an M.A. in Spanish from Middlebury College in Vermont.
​
Brian received the Jim Stivers Award for Lifetime Community Service from the Pasadena Police Department (PPD) in May 2011. The award recognizes demonstrated enduring service to the community, especially in matters dedicated to advancing public safety, and for exemplifying the PPD’s highest standards of excellence, innovation and integrity. And in 2013, he was recognized by Leadership Pasadena through the Friends of the Program Award and presented with the Hamilton Elementary School Alumnus Star Award, both for his efforts around community building and improvement of the quality of life in Pasadena/Altadena. 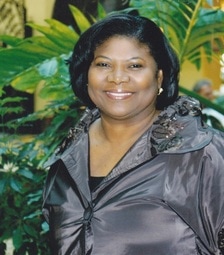 Diane is the owner of The ASPIRE Group consulting firm. She is an experienced facilitator/trainer that has worked with a myriad of audiences across the country on the subjects of race relations, diversity, conflict resolution, leadership styles and organizational communication systems. She has worked on projects with the Cornerstone, Looking Glass and Shakespeare Festival LA theater companies addressing themes of race, faith and immigration. She is also a consultant to the National Conference for Community and Justice (NCCJ) and Simon Wiesenthal Museum of Tolerance. She served as Vice-Chair of the Pasadena Human Relations Commission. Diane holds BA from Stanford University in Psychology and African-American Studies, MBA from the University of Southern California and certificates in Negotiation – Harvard University Law School and Managing Multicultural Work Environments (California State University Fullerton). 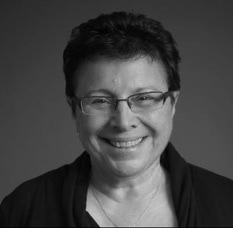 ​Patti is Executive Director of the Los Angeles Commission on Assaults Against Women (LACAAW), an organization that deals with the intervention and prevention of violence against women, youth and children. With LACAAW since 1985, Ms. Giggans often serves as a media spokesperson on issues related to violence, and has authored several books, including 50 Ways to a Safer World, and What You Can Do to Prevent Violence in Your Neighborhoods, Schools and Communities. A black belt in karate, Ms. Giggans is also the founder of the Karatewomen School of Movement and Martial Arts, the first women’s martial arts school in Southern California, established in 1978. 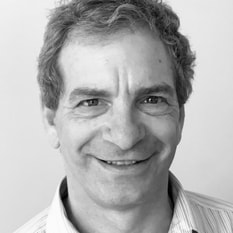 Mr. Graham is a graduate of Brown University (B.A.), Loyola Marymount (M.A., English), and Georgetown University Law Center (J.D.). Since 2004, Graham has worked in education and philanthropy in California. He served as director of a Rudolf Steiner school, chief operating officer of a developer of school facilities for high-quality charter school operators serving at-risk urban populations, and executive director of the Los Angeles office for a national community development financing institution. Graham has helped create over 12,000 public school seats throughout California, and raised and leveraged $100s of millions in grant and operating funds, new markets tax credit equity, and public and private debt to help low-income communities.

Graham is also a lawyer admitted to the New York and California Bar Associations, and developer of commercial real estate including 250 residential units in California. He has served as financial advisor to under-capitalized businesses, creditor committees to companies and partnerships in bankruptcy and was a key advisor in the successful recapitalizations of Fairfield Communities and US Home (among other public and private entities), while also assembling and managing a multi-state commercial real estate portfolio on behalf of institutional clients. 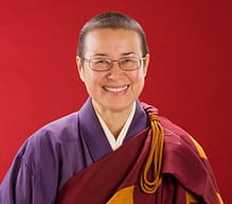 ​Roshi Wendy Egyoku Nakao has served as the Abbot and Head Teacher of ZCLA since 1999, succeeding Abbot Emeritus Roshi Bernie Glassman. She is a founding teacher of the Zen Peacemaker Order, which she is working to revitalize with Roshi Bernie. Roshi's passion for practice has led to creative explorations in new forms of training, including shared stewardship, a model of sangha building and organizational spiritual practice, and using the The Three Tenets (Not-Knowing, Bearing Witness, Taking Action) of the Zen Peacemakers as a foundational spiritual practice. She introduced Council to her Zen community fourteen years ago and regards Council as an essential component in building a successful community. She has given Dharma Transmission to six senior Zen students, most of whom lead Zen groups of their own. Roshi is the co-editor with Sensei Eve Myonen Marko of Appreciate Your Life by Taizan Maezumi (Shambhala 2000), co-editor with Sensei John Daishin Buksbazen of the newly published editions by Wisdom Publications of On Zen Practice: Body, Breath, and Mind (2002) and The Hazy Moon of Enlightenment (2007), and a contributing author to several collections by women Zen teachers. 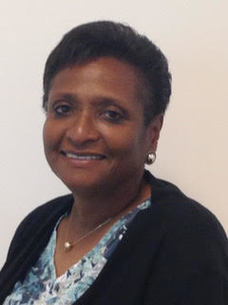 Carol's professional career has been spent in the fields of education and philanthropy, with significant experience and special emphasis on organizational management, program development and board governance.

Carol went to Connecticut College where she received her B.A. in Botany and began her career at Bowdoin College as Assistant Dean of Students. She then moved to Vassar College as the Associate Dean of Admission, and on to A Better Chance (ABC), an organization working to place talented minority students in independent schools.

After seven years with A Better Chance, Carol served as Vice President for Independent School at CASE (The Council for Advancement and Support of Education) and Head of School at Wilmington (DE) Friends.

Carol later accepted a position as Program Director of Children, Youth, and Families with the James Irvine Foundation then expanded her philanthropy experience through a position as Director of Corporate Contributions with the Raytheon Company, headquartered in Waltham, MA.

Upon leaving Raytheon for early retirement, Carol consulted with a large public school charter management organization, and ended her active career as Vice President for Programs at the Entertainment Industry Foundation in Los Angeles.

She has been a review panelist for the National Science Foundation's Math and Science Program, and served for 10 years on the Western Regional Selection Panel for the White House Fellows Program.

Most fulfilling of Carol’s ongoing professional engagements is her current avocation as mentor, advisor and coach to scores of developing nonprofit managers and trustees. 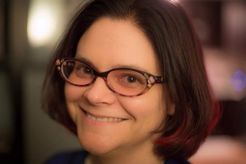 Sarah Sturdivant is a senior financial manager with over 10 years of nonprofit experience. She specializes in providing financial tools for strategic decision-making, allowing organizations to balance mission-driven desires with fiscal reality. She has a BBA in Management from Stetson University and a MBA from University of Michigan. Sarah believes that we can all learn from each other and is happy to be joining Center for Council with their mission of fostering collective wisdom.